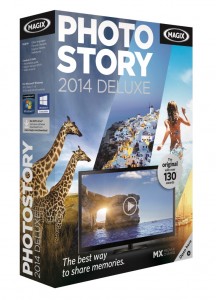 Magix Photostory 2014 Deluxe enables users to organise their images and videos into slideshows and add their own personal touch with text, music and spectacular effects in HD, 4K and 3D. Preloaded templates make it even easier.

The new Import Wizard improves organisation of images without the need for searching, and includes helpful colour highlighting of various media types, dates and time. Support of over 400 RAW formats and support of the AVCHD Lite video format is also featured.

56 thoughts on “Tell a Photo Story”