Lord Sugar reportedly visited the store at Wells Street on 15 December to part exchange his 1970s Nikon outfit, including a mint condition Nikon F2A, for a brand new Canon EOS 5D MKIII worth £2,298.

Camera World’s Managing Director Jason Mitchell said: “He was an absolute delight to serve and engaged in conversation with our staff about The Apprentice, his travels and his long interest in photography.

“He chose us from the three other retailers in the immediate area because he was recommended by a BBC colleague due to our high level of personal service.” 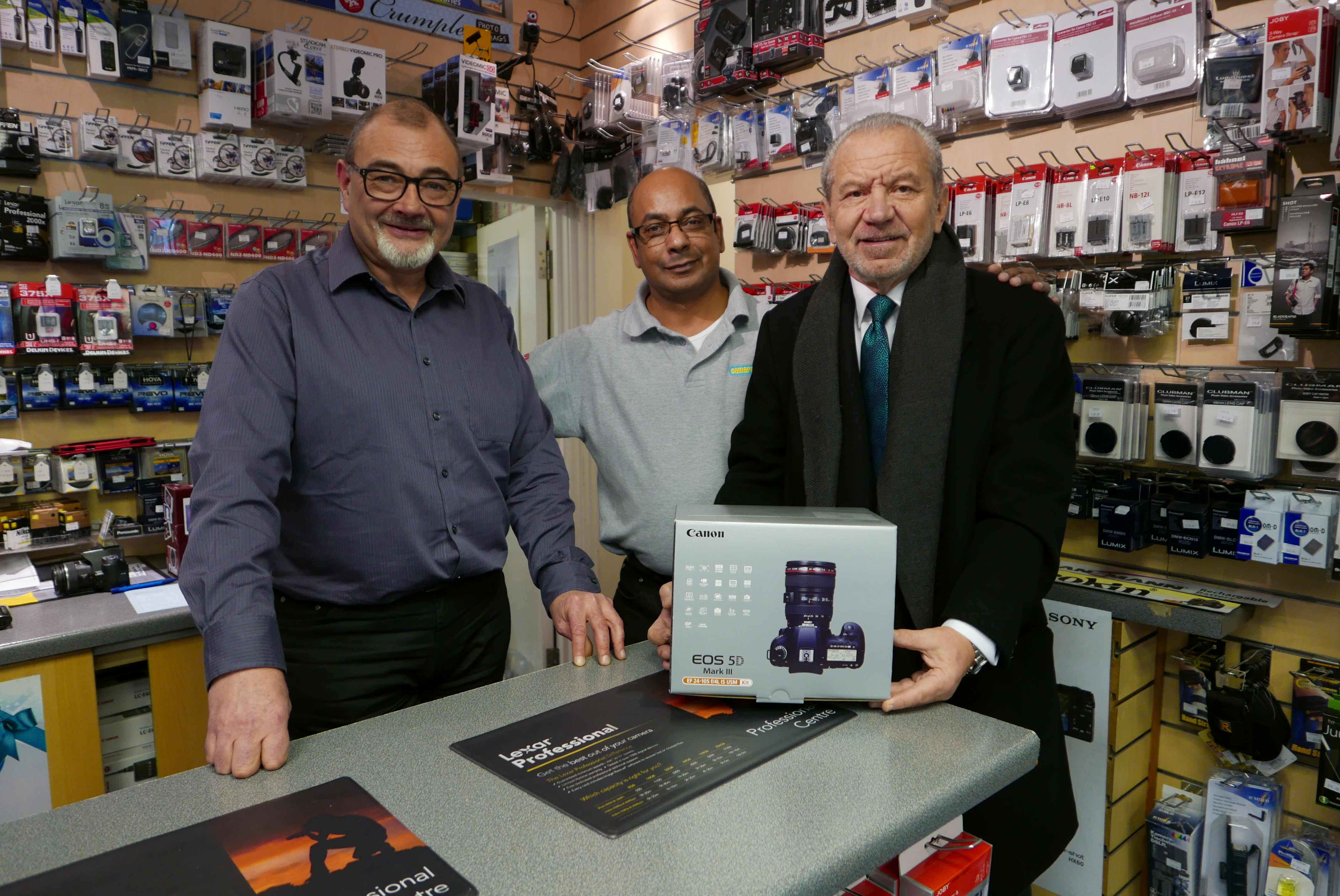 Lord Sugar allegedly started his successful career at school, selling rolls of film to his peers.

Jason added: “Lord Sugar tweeted his delight at our exceptional service to his 3.5 million followers and has allowed us to use and promote his name in advertising.”

This led to a brief altercation between the Amstrad founder and an Arsenal fan, who accused Lord Sugar of using the situation for ‘advertising’, to which he replied: “RT:nice advertising…..advertising what you cynical pri.. don’t worry I paid for my new camera.”

Lord Sugar then blocked the fan.

His delight with Camera World didn’t end there. Yesterday he tweeted:

Never underestimate the power of a celebrity tweet for your business! Have any other retailers welcomed in a celebrity customer? Let us know zoe@pixel.co.uk